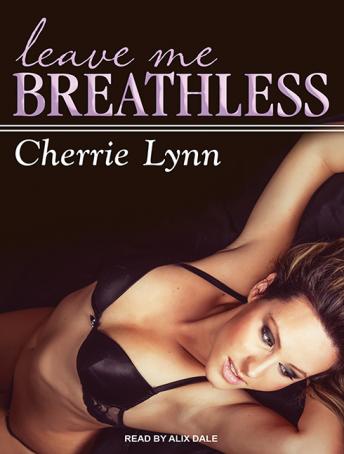 Download or Stream instantly more than 55,000 audiobooks.
Listen to "Leave Me Breathless" on your iOS and Android device.

It's Valentine's Day, but Macy Rodgers isn't feeling the love. Aside from a torrid, one-night fling in a backseat a few months back, her love life has been sorely lacking, but fortunately she has devious friends who feel like playing Cupid. Wouldn't they be shocked to learn that the match they've made for her is the same one that steamed up the back of that '69 GTO . . .

Seth 'Ghost' Warren has just returned to town after an extended absence. Between his grandmother's failing health, his job as a tattoo artist, his band's gigs, and a crazy ex that won't leave him alone, he's stretched thin. Cautious cowgirl Macy is the last thing he needs thrown into the mix.

She's all country, he's all heavy metal-and Macy knows that if anyone can propel her out of her rut, it's Seth. But when their worlds collide, it's anyone's guess if they'll survive with their hearts intact.