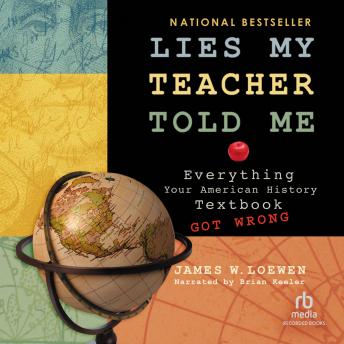 Lies My Teacher Told Me: Everything Your American History Textbook Got Wrong

Download or Stream instantly more than 55,000 audiobooks.
Listen to "Lies My Teacher Told Me: Everything Your American History Textbook Got Wrong" on your iOS and Android device.

This national best-seller and American Book Award winner is an entertaining, informative, and sometimes shocking expose of the way history is taught to American students. James W. Loewen, a distinguished critic of history education, puts 12 popular textbooks under the microscope. What he finds is a proliferation of blind patriotism, mindless optimism, misinformation, and flat-out lies filling the pages.