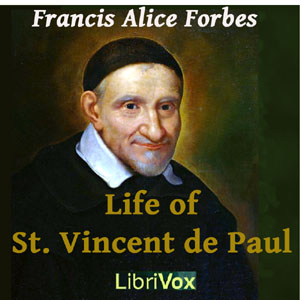 Download or Stream instantly more than 55,000 audiobooks.
Listen to "Life of St. Vincent de Paul" on your iOS and Android device.

Vincent De Paul [c. 1581 - 1660] was a man renowned during his own century for his compassion, humility and generosity. During the days when galleys were part of any countries' war machine and these galleys were rowed by convicts who were in reality slaves, Vincent's special call was to provide what spiritual comfort he could to these wretched men. When a young man he himself had been captured by Turkish pirates, who brought him to Tunis and sold him into slavery, so he had a special understanding of their lot. He escaped in 1607 and went on to become a priest with a ministry to the poor. In 1625 de Paul founded the Congregation of the Mission, a society of missionary priests commonly known as the Vincentians or Lazarists and with the assistance of Louise de Marillac he later founded the Daughters of Charity whose selfless nursing work in hospitals throughout the world and during many plagues is well known. (They were the nuns with the large and easily recognized 'flying nun' wimples.) (Summary by phil chenevert)