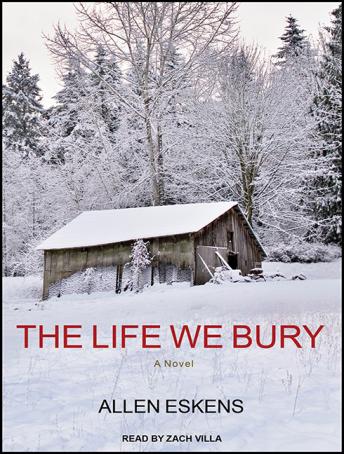 The Life We Bury

Download or Stream instantly more than 55,000 audiobooks.
Listen to "The Life We Bury" on your iOS and Android device.

College student Joe Talbert has the modest goal of completing a writing assignment for an English class. His task is to interview a stranger and write a brief biography of the person. With deadlines looming, Joe heads to a nearby nursing home to find a willing subject. There he meets Carl Iverson, and soon nothing in Joe's life is ever the same.

Carl is a dying Vietnam veteran-and a convicted murderer. With only a few months to live, he has been medically paroled to a nursing home after spending thirty years in prison for the crimes of rape and murder.

As Joe writes about Carl's life, especially Carl's valor in Vietnam, he cannot reconcile the heroism of the soldier with the despicable acts of the convict. Aided by his skeptical neighbor, Lila, Joe throws himself into uncovering the truth. Thread by thread, he begins to unravel the tapestry of Carl's conviction. But as he and Lila dig deeper into the circumstances of the crime, the stakes grow higher. Will Joe discover the truth before it's too late to escape the fallout?