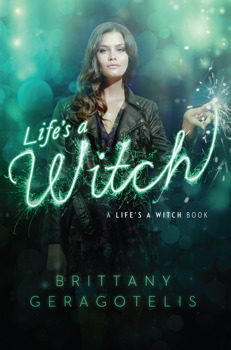 Download or Stream instantly more than 55,000 audiobooks.
Listen to "Life's a Witch" on your iOS and Android device.

A teen witch must avenge injustices of the past—and cope with a new crush—in the Wattpad sensation that received more than 18 million reads.

This witch lives a charmed life…

For Hadley Bishop, being at the top of the social pyramid has its drawbacks. She’s always kept her frenemies close and her secrets closer—one big secret in particular. Her key to magically having it all? She’s an actual witch.

As a descendant of the first woman executed in the Salem Witch Trials, Hadley understands the consequences if her secret gets out. But there’s no way to cover up an attack that causes every adult in the coven to vanish. Now it’s up to Hadley to lead a group of young witches against the Parrishables, an age-old rival coven who are the likely culprits. Of course, she’ll have to deal with all of this while also trying to figure out her feelings for a mysterious guy named Asher, who has plenty of secrets of his own. With everything at stake, can Hadley trust her magic…and her heart?