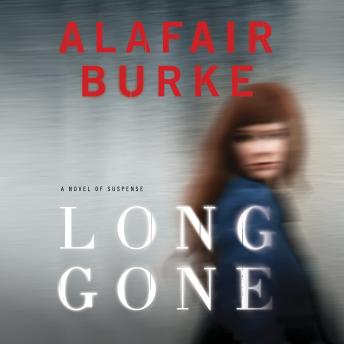 Download or Stream instantly more than 55,000 audiobooks.
Listen to "Long Gone" on your iOS and Android device.

After a layoff and months of struggling, Alice Humphrey finally lands her dream job managing a new art gallery in Manhattan’s trendy Meatpacking District. According to Drew Campbell, the well-suited corporate representative who hires her, the gallery is a passion project for its anonymous, wealthy, and eccentric owner. Drew assures Alice that the owner will be hands off, allowing her to run the gallery on her own. Her friends think it sounds too good to be true, but Alice sees a perfect opportunity to make a name for herself beyond the shadow of her famous father, an award-winning and controversial film maker.Everything is perfect until the morning Alice arrives at work to find the gallery gone-the space stripped bare as if it had never existed-and Drew Campbell’s dead body on the floor. Overnight, Alice’s dream job has vanished, and she finds herself at the center of police attention with nothing to prove her innocence. The phone number Drew gave her links back to a disposable phone. The artist whose work she displayed doesn’t seem to exist. And the dead man she claims is Drew has been identified as someone else. When police discover ties between the gallery and a missing girl, Alice knows she’s been set up. Now she has to prove it-a dangerous search for answers that will entangle her in a dark, high-tech criminal conspiracy and force her to unearth long-hidden secrets involving her own family . . .  secrets that could cost Alice her life.