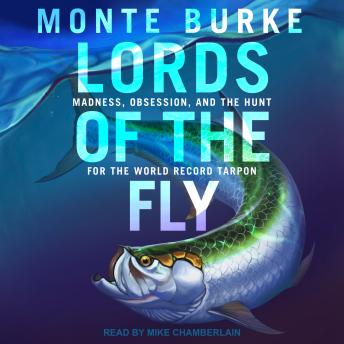 Lords of the Fly: Madness, Obsession, and the Hunt for the World Record Tarpon

Download or Stream instantly more than 55,000 audiobooks.
Listen to "Lords of the Fly: Madness, Obsession, and the Hunt for the World Record Tarpon" on your iOS and Android device.

In the late 1970s and early 1980s, something unique happened in the quiet little town on the west coast of Florida known as Homosassa. The best fly anglers in the world all gathered together to chase the same Holy Grail-the world record for the most glamorous and coveted fly rod species, the tarpon.

In Lords of the Fly, Monte Burke, an obsessed tarpon fly angler himself, delves into this seminal moment and the growing popularity of the amazing tarpon, a fifty-million-year-old species that can live to eighty years old and can grow to three hundred pounds.

Alongside the story of the world-record pursuit, Burke also chronicles the heartbreaking destruction of the fishery brought on by greed, environmental degradation and the shenanigans of a notorious Miami gangster-and how all of it has shaped contemporary tarpon fishing.

Filled with larger-than-life characters and vivid prose, Lords of the Fly is not only a must-listen for anglers of all stripes, but also for those interested in the desperate yearning of the human condition.