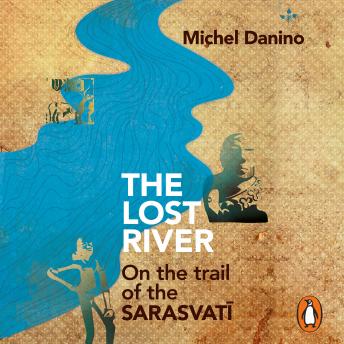 Download or Stream instantly more than 55,000 audiobooks.
Listen to "The Lost River" on your iOS and Android device.

The Indian subcontinent was the scene of dramatic upheavals a few thousand years ago. The Northwest region entered an arid phase, and erosion coupled with tectonic events played havoc with river courses. One of them disappeared. Celebrated as -Sarasvati' in the Rig Veda and the Mahabharata, this river was rediscovered in the early nineteenth century through topographic explorations by British officials. Recently, geological and climatological studies have probed its evolution and disappearance, while satellite imagery has traced the river's buried courses and isotope analyses have dated ancient waters still stored under the Thar Desert. In the same Northwest, the subcontinent's first urban society'the Indus civilization'flourished and declined. But it was not watered by the Indus alone: since Aurel Stein's expedition in the 1940s, hundreds of Harappan sites have been identified in the now dry Sarasvati's basin. The rich Harappan legacy in technologies, arts and culture sowed the seeds of Indian civilization as we know it now. Drawing from recent research in a wide range of disciplines, this book discusses differing viewpoints and proposes a harmonious synthesis'a fascinating tale of exploration that brings to life the vital role the -lost river of the Indian desert' played before its waters gurgled to a stop.