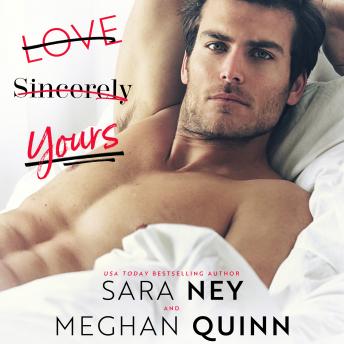 Download or Stream instantly more than 55,000 audiobooks.
Listen to "Love, Sincerely Yours" on your iOS and Android device.

Hey there sweet cheeks. . . no, too forward.

To whom it may concern,

Full disclosure; before we move forward with this email, I would like it to be known that I have consumed an adequate amount of alcoholic beverages to intoxicate myself tonight. Three margaritas, two shots, and one beer--because it was free.

I think it's important to be open and honest with your co-workers, don't you?

So here I am, being open and honest. Drunk but honest. Or just drunk with lust? You decide.

I have a hopeless, foolish, schoolgirl crush on you when you are the last person on earth I should be falling for. Did you know people around the office call you a sadist? An egomaniac. An insensitive, arrogant prick. But what they don't know is your bark is worse than your bite. And that bite doesn't scare me. The fact is, I'd love that bite of yours to nip at my bare skin while we're both wearing nothing but sheets.

For once I want you to look at me as more than one of your employees.

And as long as we're being honest, that navy blue suit you wear? With the crisp white shirt? It really makes me want to loosen your tie and show you exactly who's boss.