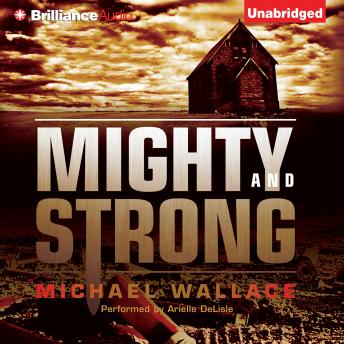 Download or Stream instantly more than 55,000 audiobooks.
Listen to "Mighty and Strong" on your iOS and Android device.

It’s not every man whose wife criticizes his fidelity, but Jacob Christianson hasn’t exactly led a typical life. Raised in a conservative polygamous sect, Jacob has struggled for years to reconcile his faith with his skepticism about the fundamentalist practices of his community. Not so long ago that conflict helped Jacob to combat a dangerous faction of his own church. Now it has brought the FBI to his door, seeking help to infiltrate a millennialist cult suspected of plotting to kill a US senator.
When the FBI ignores Jacob’s warnings, it sparks a dramatic standoff with the cultists, leaving Jacob and his family caught squarely in the middle. Tense and engaging, Mighty and Strong is a gripping foray into the world of religious extremists, culminating in a thrilling battle for supremacy that will leave no one unscathed.