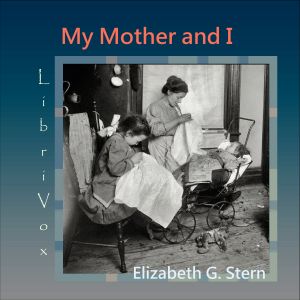 My Mother and I

Download or Stream instantly more than 55,000 audiobooks.
Listen to "My Mother and I" on your iOS and Android device.

Elizabeth Stern was two and a half years old, when her family emigrated from Poland to Pittsburgh. My Mother and I is the story of Stern's Americanization and how it ultimately alienated her from her parents. Stern's father had been a small village rabbi. Strict and traditional in his views, he sends Elizabeth to learn Hebrew at age four, so she can fulfill her destiny "as the wife of a rabbi or scholar," but he opposes letting her attend high school. Stern's mother tries fitfully to pry open doors for her daughter. When Stern's father finds Elizabeth reading a secular book, and, in a fit of rage, flings the offending novel onto the top of a tall bookcase, her mother climbs on a chair and retrieves it for her. But Stern's mother never learns English even as it becomes her daughter's primary language--and she is burdened by endless pregnancies (she ultimately bears 11 children, only the first 4 of whom survive). Stern's relationship with her mother is loving, but when Elizabeth goes to college, they draw apart. Her mother becomes a "shadowy figure," standing with "questioning, puzzled eyes", eyes in which there is love, "but no understanding, and always an infinite loneliness." - Summary by Sue Anderson