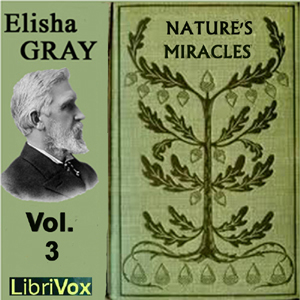 Download or Stream instantly more than 55,000 audiobooks.
Listen to "Nature's Miracles Volume 3: Electricity and Magnetism" on your iOS and Android device.

Elisha Gray (August 2, 1835 - January 21, 1901) was an American electrical engineer who co-founded the Western Electric Manufacturing Company. Gray is best known for his development of a telephone prototype in 1876 in Highland Park, Illinois and is considered by some writers to be the true inventor of the variable resistance telephone, despite losing out to Alexander Graham Bell for the telephone patent.

Nature's Miracles: Familiar Talks on Science, published in 1900, is a discussion of science and technology for the general public. (Summary from Wikipedia)