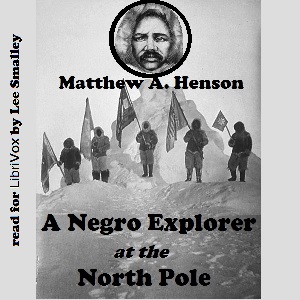 A Negro Explorer at the North Pole

Download or Stream instantly more than 55,000 audiobooks.
Listen to "A Negro Explorer at the North Pole" on your iOS and Android device.

In this fascinating memoir, Matthew Henson describes the incredibly dangerous, exhausting, and bone-chilling trip to what was until then the never-before reached point on earth, the North Pole.

"Robert Peary is remembered as the intrepid explorer who successfully reached the North Pole in 1909. Far less celebrated is his companion, Matthew Henson, a black man from Maryland. Henson's gripping memoir, first published in 1912, tells this unsung hero's story in his own words. Henson...was indispensable to the famous explorer's journey; he learned the language of the Eskimos, was an expert dog-sled driver and even built the sleds...." (Publishers Weekly)

"An original document.... One of the giants of polar exploration, Henson had the graceful modesty of genuinely big men.... The world would know even more about him now if his commander, Peary, had been less an egotist and more generous in sharing credit for his discovery of the North Pole." (Washington Post Book World)

"A really valuable addition to the literature of [polar exploration].... Filled with incident, occupation, description, emotion, [and] comment." (The New York Times)