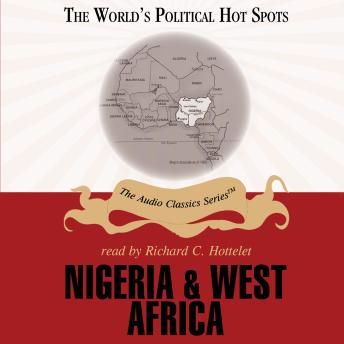 Download or Stream instantly more than 55,000 audiobooks.
Listen to "Nigeria and West Africa" on your iOS and Android device.

With a culture dating back to at least 700 BC, West Africa has a long and rich history. British influence after the sixteenth century, and especially in the eighteenth century, changed the region’s course. By 1967, Nigeria was at war with itself, with the “Republic of Biafra” produced in Nigeria’s eastern region. Over a million people perished. This is the story of Nigeria’s struggle, which typifies the history and outlook of the West African region.
The World’s Political Hot Spots series explains the basis of conflicts in some of the world’s most politically sensitive areas. Many of these regions are in today’s headlines, and tensions recently have become violent in virtually all of them. Each presentation covers up to ten centuries of background, revealing how and why today’s problems occur.