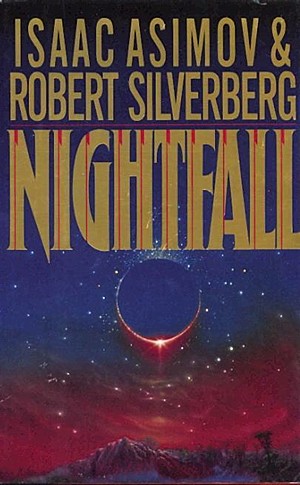 Download or Stream instantly more than 55,000 audiobooks.
Listen to "Nightfall" on your iOS and Android device.

"Nightfall - ""Nightfall"" is an influential science fiction short, about the coming of darkness to the people of a planet ordinarily illuminated at all times on all sides. It was subsequently adapted to become a novel.
Considered a classic of the genre, Nightfall has been anthologized no fewer than four dozen times, and has appeared in at least another half-dozen collections of Asimov's older stories. In 1968, the Science Fiction Writers of America voted Nightfall the best science fiction short story ever written prior to the establishment of the Nebula Awards in 1965 and included it in The Science Fiction Hall of Fame Volume One, 1929-1964."