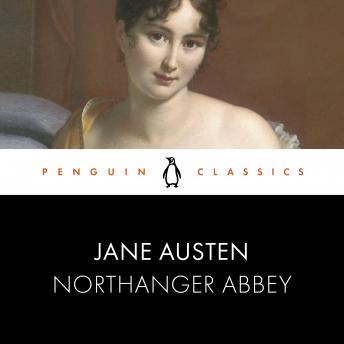 Download or Stream instantly more than 55,000 audiobooks.
Listen to "Northanger Abbey" on your iOS and Android device.

With its irrepressible heroine and playful literary games, Northanger Abbey is the most youthful and optimistic of Jane Austen's novels. It tells the story of young, impressionable Catherine Morland, whose first experience of fashionable society introduces her to the thrills of Gothic romances, and to the sophisticated Tilneys, who invite her to their family home, Northanger Abbey. But there, influenced by novels of horror and intrigue, Catherine begins to think that terrible crimes are being committed, and her imagination threatens to run away with her.

'Jane Austen is a genius, and Northanger Abbey is hugely underrated' Martin Amis