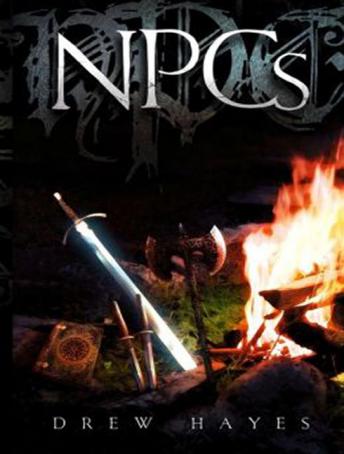 Download or Stream instantly more than 55,000 audiobooks.
Listen to "NPCs" on your iOS and Android device.

What happens when the haggling is done and the shops are closed? When the quest has been given, the steeds saddled, and the adventurers are off to their next encounter? They keep the world running, the food cooked, and the horses shoed, yet what adventurer has ever spared a thought or concern for the Non-Player Characters?

In the town of Maplebark, four such NPCs settle in for a night of actively ignoring the adventurers drinking in the tavern when things go quickly and fatally awry. Once the dust settles, these four find themselves faced with an impossible choice: pretend to be adventurers undertaking a task of near-certain death or see their town and loved ones destroyed. Armed only with salvaged equipment, secondhand knowledge, and a secret that could get them killed, it will take all manner of miracles if they hope to pull off their charade. And even if they succeed, the deadliest part of their journey may well be what awaits them at its end.