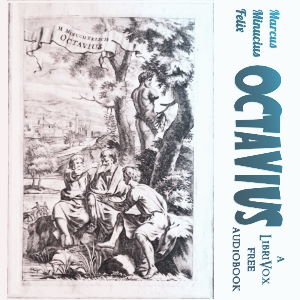 Download or Stream instantly more than 55,000 audiobooks.
Listen to "Octavius" on your iOS and Android device.

This ancient Roman dialogue plays out as a religious debate between the Christian lawyer Octavius, and his close friend, a skeptical pagan named Caecilius. Caecilius is relatively agnostic, expressing skepticism towards both aspects of traditional Roman paganism, as well as towards his friend's newfangled Christian religion. Octavius attempts to give the reasons he has for his own beliefs and answer Caecilius' critiques. The author- Marcus Minucius Felix - plays the role of referee and observer. This is one of the earliest Latin texts to talk about Christianity, and describe how the new religion fit in the wider social context of the Roman world. (Translated by John Henry Freese)