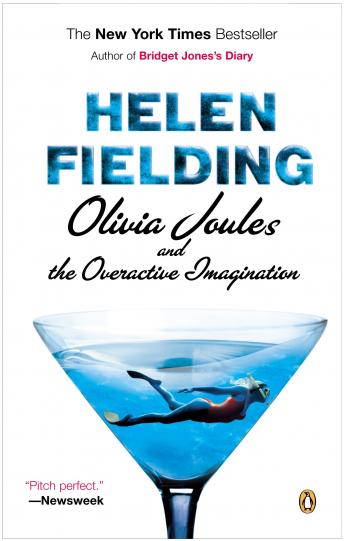 Olivia Joules and the Overactive Imagination

Download or Stream instantly more than 55,000 audiobooks.
Listen to "Olivia Joules and the Overactive Imagination" on your iOS and Android device.

At the close of the last millennium, Helen Fielding debuted the irrepressible (and blockbuster-bestselling) Bridget Jones. Now, Fielding gives us a sensational new heroine for a new era...Move over 007, a stunning, sexy-and decidedly female-new player has entered the world of international espionage. Her name is Olivia Joules (that’s 'J.O.U.L.E.S. the unit of kinetic energy') and she's ready to take America by storm with charm, style, and her infamous Overactive Imagination.How could a girl not be drawn to the alluring, powerful Pierre Ferramo-he of the hooded eyes, impeccable taste, unimaginable wealth, exotic international homes, and dubious French accent? Could Ferramo really be a major terrorist bent on the Western world’s destruction, hiding behind a smokescreen of fine wines, yachts, and actresses slash models? Or is it all just a product of Olivia Joules’s overactive imagination?

Join Olivia in her heart-stopping, hilarious, nerve-frazzling quest from hip hotel to eco-lodge to underwater cave, by light aircraft, speedboat, helicopter, and horse, in this witty, contemporary, and utterly unputdownable novel deluxe.