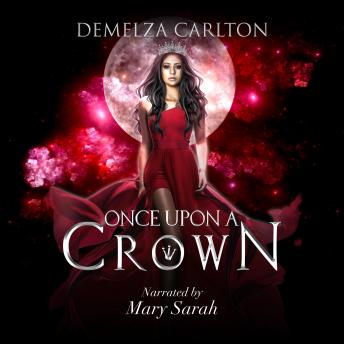 Once Upon a Crown: Three tales from the Romance a Medieval Fairytale series

Download or Stream instantly more than 55,000 audiobooks.
Listen to "Once Upon a Crown: Three tales from the Romance a Medieval Fairytale series" on your iOS and Android device.

A maiden dying for adventure. A princess who refuses to be a prize. And a big bad wolf who might not be so bad after all...

Once upon a time, before the Brothers Grimm, when fairytales were romantic fantasies for entertaining adults and frightening children...

Three twisted tales inspired by the classic fairytales...for adults who still love reading fairytales, though they're a little darker now, making that happily ever after so much sweeter.

After losing a battle with a dragon, George is desperate to salvage his reputation. Only he can't do it alone - he needs an assistant.

Royal tailor Melitta longs for adventure, so when she hears of a job opening for an apprentice hero, she jumps at the chance. Slaying monsters must be more exciting than sewing.

Can the unlikely pair still succeed at their quest - or will they fall for each other instead?


Appease: Princess and the Pea Retold

Promised as a prize to any hero who can slay the dragon, Princess Sativa flees the palace in search of the prince she was betrothed to as a child. But there are many miles between her and the boy who has become a king.

Can a lone princess cross the sea and convince the king she's the princess of his dreams?

When war breaks out, Rudolf promises Portia and her sisters he will protect them. But his father falls in battle, and Rudolf is forced to return home to command his father's armies.

Shifting alliances turn Portia and her family from friends to sworn enemies. To win the war, Rudolf must conquer her home, and risk losing her forever.

When the wolf is at the door, who will win - love or war?