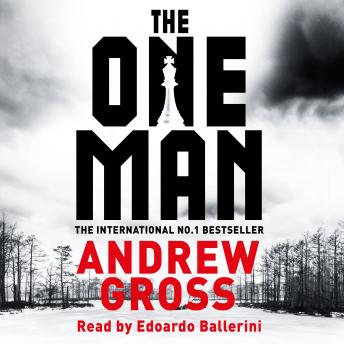 Download or Stream instantly more than 55,000 audiobooks.
Listen to "The One Man" on your iOS and Android device.

Auschwitz, 1944. Alfred Mendl's days are numbered. But he has little left to live for - his family were torn away from him, his life's work burned in front of his eyes - until a glimmer of hope arises as he watches a game of chess. To the guards Mendl is just another prisoner, but in fact he holds knowledge that only two people in the world possess. The other is working hard for the Nazi war machine.
Four thousand miles away, in Washington DC, intelligence lieutenant Nathan Blum decodes messages from occupied Poland. After the Nazis murdered his family, Nathan escaped the Krakow ghetto and is determined to support his new country - and the US government knows exactly how he can. They want to send Nathan on a mission to rescue one man from a place no one can break in to - or out of.
Even if Nathan does make it in and finds him, can they escape the most heavily guarded place on earth?
The One Man is a gripping story of heroism from master of the thriller genre, Andrew Gross.