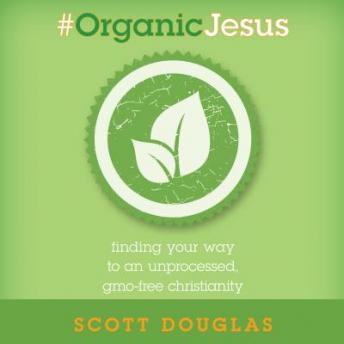 #Organic Jesus: Finding Your Way to an Unprocessed GMO-Free Christianity

Download or Stream instantly more than 55,000 audiobooks.
Listen to "#Organic Jesus: Finding Your Way to an Unprocessed GMO-Free Christianity" on your iOS and Android device.

American Christians are constantly bombarded by images and messages that claim to represent true Christianity. But learning how to argue against the latest liberal transgression, embracing the current Christian media darling, or even singing the right Christian music won’t translate into an unshakable, authentic belief in Jesus Christ as Savior.

When Scott Douglas found that his own image of Jesus was based more on culture than on fact, he wanted more. Join his search for the 100% organic, additive-free Jesus as he gently pokes fun at the culture that has grown up around Christianity. Entertaining, historically informative, and genuine, #OrganicJesus will serve as both a wake-up call and a guide to lead you to a faith rooted in truth, not hype.