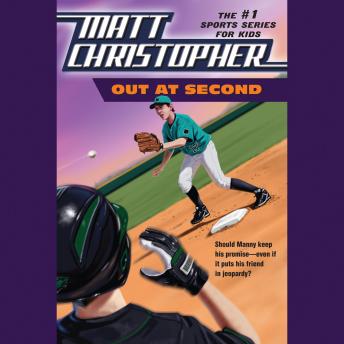 Download or Stream instantly more than 55,000 audiobooks.
Listen to "Out at Second" on your iOS and Android device.

Should Manny keep his promise-even if it puts his friend in danger? When the Grizzlies' first basemen is sidelined two days before the playoffs, catcher Manny Griffin and second baseman Stu Fletcher take it upon themselves to help his replacement become a better player. The three practice together and all is going well-until a wild throw hits Stu right in the head! Manny gives his word to keep quiet, but a few days later, Stu starts acting funny. Now Manny faces a difficult decision: should he break his promise and let Stu and the team down... or keep silent and hope that he's not putting Stu in danger?Matt Christopher is the name young readers turn to when they're looking for fast-paced, action packed sports novels.