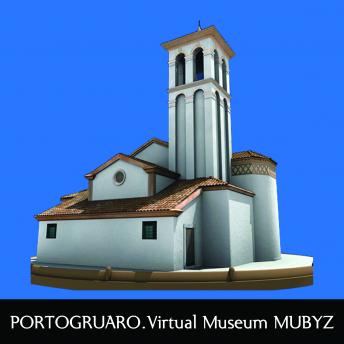 Download or Stream instantly more than 55,000 audiobooks.
Listen to "Parish church of Saint Mary in Lison. Portogruaro. Italy" on your iOS and Android device.

The first mention of the name Lison is found in a document from 996 in which the Emperor Ottone III granted to Bishop Bennone of Concordia ownership of this territory. Lison is a small fraction of the town of Portogruaro, in the province of Venice. The church was built in 1564 by the head of the Venetian merchants Dolzoni, who possessed vast lands, in these places. It was consecrated on June 24, 1565.
The interior of the church contains invaluable historical artifacts: 3 marble arches with Greek epigraphs.

The artistic essence of this work is down to the high-level masters from the Byzantine capital. The arches were made in Constantinople, between the 5th and the 6th centuries. They did not arrive in Venice immediately after they were made, but after the plundering by the crusaders (including the Venetians) in Constantinople in 1204, during the Fourth Crusade. Also worthy of note are the capitals crowning two columns, placed at the right end of two arcs. These Corinthian capitals have the shape of a chalice and a crown with four acanthus leaves. Their form allows us to fix the date of their creation between the middle of the fifth and the beginning of the sixth century.

The audio guide was made by experts in the field of history and art. It provides detailed information, from history and architecture and concludes with interesting and curious cases.