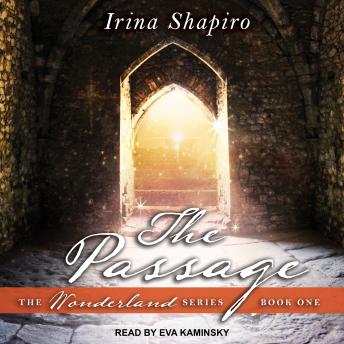 Download or Stream instantly more than 55,000 audiobooks.
Listen to "The Passage" on your iOS and Android device.

In the spring of 1685, Lord Hugo Everly, ardent supporter of the Protestant upstart the Duke of Monmouth, vanishes without a trace just before the Monmouth Rebellion, leaving future generations forever baffled as to what might have become of him.

In 2013, while visiting Everly Manor as part of her job as a location scout for a film production company, Neve Ashley stumbles onto a secret passage that leads her into the seventeenth century and straight into the path of the ill-fated lord. Neve is able to return safely to her own time, but she can't forget the man she met or the fate that's about to befall him. Against her better judgment, Neve decides to go back and warn Hugo of impending danger, not realizing that she's walking into danger herself, for history is never straightforward, and people's motives not always what they appear to be. Taken hostage by the very man she was trying to save, Neve is trapped in the seventeenth century, her fate now intertwined with that of her captor, and the future something that neither one of them could have envisioned.