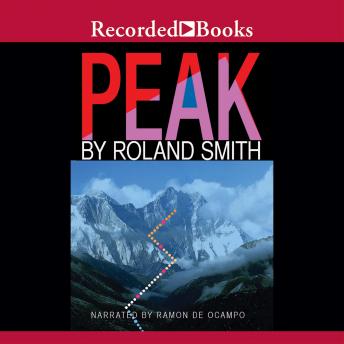 Download or Stream instantly more than 55,000 audiobooks.
Listen to "Peak" on your iOS and Android device.

Roland Smith's novels for young adults have received wide acclaim from publications such as Library Journal and Booklist for their intense realism. Peak Marcello is a 14-year-old who loves to climb things. Unfortunately, living in New York City makes his hobby difficult. After a run-in with the law, Peak is presented two options: endure Juvenile Detention or reconnect with his estranged father, who runs a climbing operation in Thailand. The choice is easy for Peak, but his father has an ulterior motive for their reunion-he wants his son to risk his life and become the youngest person to ever scale Mount Everest.