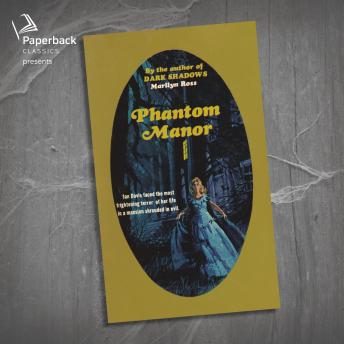 Download or Stream instantly more than 55,000 audiobooks.
Listen to "Phantom Manor" on your iOS and Android device.

From the moment she came to live at Phantom Manor, a rotting pile of stone she had suddenly inherited, Jan Davis became the terrified victim of a series of “accidents.”

The lurking murderer could be anyone whose life was tied to the dread secret of the eerie mansion; a homicidal, half-witted young man; a jealous relative who wanted the manor for herself; even a neighboring landowner with whom Jan had fallen in love.

But the hidden villain of Phantom Manor could also be one of the “unliving” — the legendary ghost that stalked its shadowy corridors, leaving horror and death in the echo of its unearthly footsteps…