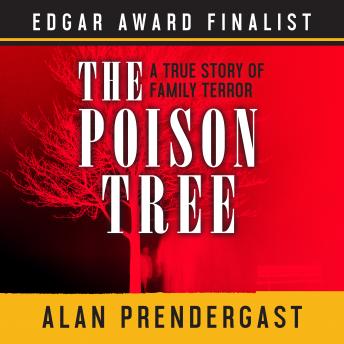 The Poison Tree: A True Story of Family Terror

Download or Stream instantly more than 55,000 audiobooks.
Listen to "The Poison Tree: A True Story of Family Terror" on your iOS and Android device.

Edgar Award Finalist: The shocking account of a Wyoming father who terrorized his family for years—until his children plotted a deadly solution.
One cold November night, in Cheyenne, Wyoming, fifteen-year-old Richard Jahnke Jr., ROTC leader and former Boy Scout, waited for his parents to return from celebrating the twentieth anniversary of the night they met. When his father got out of the car, the boy blasted him through the heart with a twelve-gauge pump-action shotgun. Richard's seventeen-year-old sister, Deborah, was sitting on the living room couch with a high-powered rifle—just in case her brother missed.
Hours later the Jahnke kids were behind bars. Days later they made headlines. So did the truth about the house of horrors on Cowpoke Road.
Was it cold-blooded murder? Or self-defense?
Richard Jahnke Sr., special agent for the IRS, gun collector, and avid reader of Soldier of Fortune, had been subjecting his wife, Maria, and both children to harrowing abuse—physical, psychological, and sexual—for years. Deborah and her brother conspired to finally put a stop to it themselves. But their fate was in the hands of a prejudiced and inept judicial system, and only public outcry could save them.
Written with the full and revealing cooperation of the Jahnkes, this finalist for the Edgar Award for Best Fact Crime is 'the ultimate family nightmare, played out in the heartland of America. . . . From the night of the murder through both trials, convictions and both youngsters' eventual release . . . it's gripping reading' (Chicago Tribune).