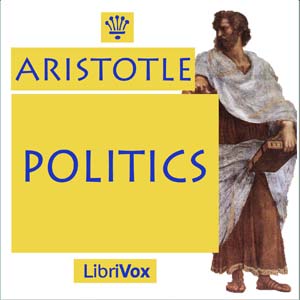 Download or Stream instantly more than 55,000 audiobooks.
Listen to "Politics" on your iOS and Android device.

The Politics, by the ancient Greek philosopher Aristotle, is one of the most influential texts in political philosophy. In it, Aristotle explores the role that the political community should play in developing the virtue of its citizens. One of his central ideas is that "Man is a political animal," meaning that people can only become virtuous by active participation in the political community. Aristotle also criticizes his teacher Plato, classifies and evaluates six different types of constitutions and political institutions, and describes his vision of the ideal state. Aristotle's views on women and slavery are unenlightened by today's standards, but his work remains enduring and relevant to this day.