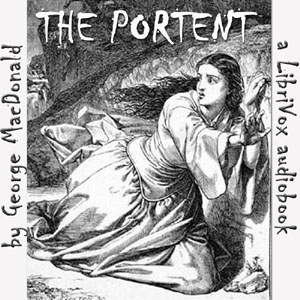 Download or Stream instantly more than 55,000 audiobooks.
Listen to "The Portent" on your iOS and Android device.

Overshadowed by the dark legend of the murderous rider of the horse with the loose shoe, Duncan Campbell sets out from his home in the Highlands to make his fortune in the world. When he finds the woman whose destiny is mingled with his, he must overcome first her indifference, then the malice of her family, then the forces of space and time. Will he ever put to rest the old curse?

George MacDonald was an influence on many famous fantasy writers, including C. S. Lewis, J. R. R. Tolkien, and Madeleine L'Engle. This fantasy romance derives from MacDonald's own Celtic tradition of the "Second Sight". It is a daydream, but one which holds up a mirror to human nature and shows us the truth of ourselves, as well as being a work of art in itself. (summary by Beth Thomas and Gemma Myers)