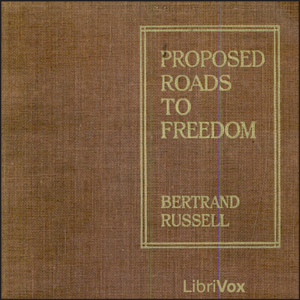 Download or Stream instantly more than 55,000 audiobooks.
Listen to "Proposed Roads to Freedom" on your iOS and Android device.

Bertrand Russell, 3rd Earl Russell (1872 – 1970) was a British philosopher, logician, mathematician, political activist and Nobel laureate. He led the British "revolt against idealism" in the early 1900s and is considered one of the founders of analytic philosophy along with his predecessor Gottlob Frege and his protégé Ludwig Wittgenstein. In this book, written in 1918, he offers his assessment of three competing streams in the thought of the political left: Marxian socialism, anarchism and syndicalism.