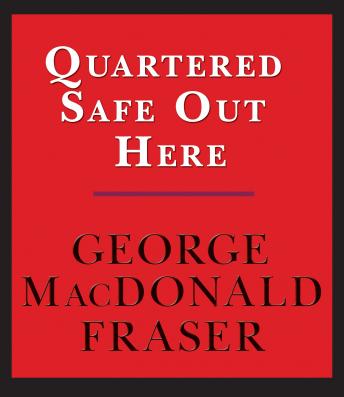 Quartered Safe Out Here: A Recollection of the War in Burma

Download or Stream instantly more than 55,000 audiobooks.
Listen to "Quartered Safe Out Here: A Recollection of the War in Burma" on your iOS and Android device.

George MacDonald Fraser—beloved for his series of Flashman historical novels—offers an action-packed memoir of his experiences in Burma during World War II.  Fraser was only 19 when he arrived there in the war’s final year, and he offers a first-hand glimpse at the camaraderie, danger, and satisfactions of service. A substantial Epilogue, occasioned by the 50th anniversary of VJ-Day in 1995, adds poignancy to a volume that eminent military historian John Keegan described as “one of the great personal memoirs of the Second World War.”