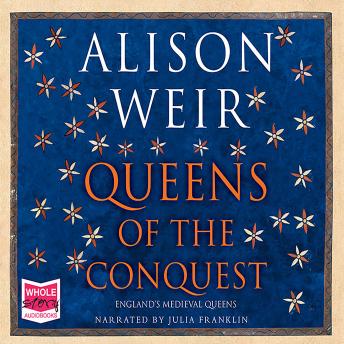 Queens of the Conquest

Download or Stream instantly more than 55,000 audiobooks.
Listen to "Queens of the Conquest" on your iOS and Android device.

In the first volume of this epic new series, Alison Weir strips away centuries of romantic mythology and prejudice to reveal the lives of England's queens in the century after the Norman Conquest. Beginning with Matilda of Flanders, who supported William the Conqueror in 1066, to the turbulent life of the Empress Maud, who claimed to be queen of England in her own right and fought a bitter war to that end, the five Norman queens emerge as hugely influential figures and fascinating characters.