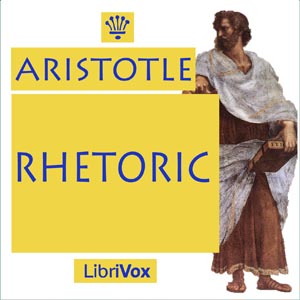 Download or Stream instantly more than 55,000 audiobooks.
Listen to "Rhetoric" on your iOS and Android device.

The Rhetoric was developed by Aristotle during two periods when he was in Athens, the first between 367 to 347 BCE (when he was seconded to Plato in the Academy), and the second between 335 to 322 BCE (when he was running his own school, the Lyceum). The Rhetoric consists of three books. Book I offers a general overview, presenting the purposes of rhetoric and a working definition; it also offers a detailed discussion of the major contexts and types of rhetoric. Book II discusses in detail the three means of persuasion that an orator must rely on: those grounded in credibility (ethos), in the emotions and psychology of the audience (pathos), and in patterns of reasoning (logos). Book III introduces the elements of style (word choice, metaphor, and sentence structure) and arrangement (organization). Some attention is paid to delivery, but generally the reader is referred to the Poetics for more information in that area. (Summary by Wikipedia)