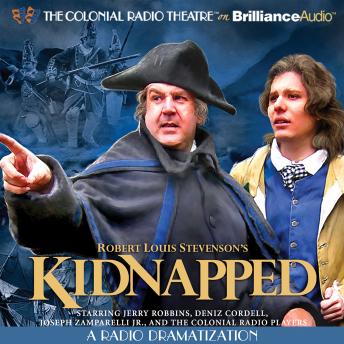 Download or Stream instantly more than 55,000 audiobooks.
Listen to "Robert Louis Stevenson's Kidnapped" on your iOS and Android device.

David Balfour has never had an adventure, never sailed the high sea, nor fought in a battle - that changes after the death of his parents. Now he must collect his inheritance from his father''s younger brother, and assume his station as man of wealth and standing, but that is not as simple as it sounds. He must first survive and outwit his treacherous uncle to gain what is rightfully his.