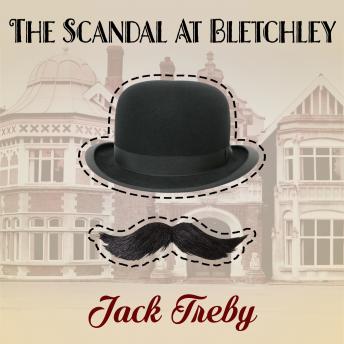 The Scandal At Bletchley

Download or Stream instantly more than 55,000 audiobooks.
Listen to "The Scandal At Bletchley" on your iOS and Android device.

"I've been a scoundrel, a thief, a blackmailer and a whore, but never a murderer. Until now..." The year is 1929. As the world teeters on the brink of a global recession, Bletchley Park plays host to a rather special event. MI5 is celebrating its twentieth anniversary and a select band of former and current employees are gathering for a weekend of music, dance and heavy drinking. Among them is Sir Hilary Manningham-Butler, a middle aged woman whose entire adult life has been spent masquerading as a man. She doesn't know why she has been invited - it is many years since she left the secret service - but it is clear she is not the only one with things to hide. And when one of the other guests threatens to expose her secret, the consequences could prove disastrous for everyone.