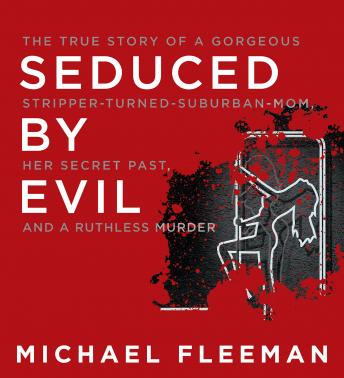 Seduced by Evil: The True Story of a Gorgeous Stripper-Turned-Suburban-Mom, Her Secret Past, and a Ruthless Murder

Download or Stream instantly more than 55,000 audiobooks.
Listen to "Seduced by Evil: The True Story of a Gorgeous Stripper-Turned-Suburban-Mom, Her Secret Past, and a Ruthless Murder" on your iOS and Android device.

As an exotic dancer at The Great Alaskan Bush Company in Anchorage, Mechele Hughes Linehan knew how to captivate men. Three of them were convinced she was engaged to them. Then one spring morning in 1996, one man, Kent Leppink, was found in the snow, shot in the head…
Days before his death, Kent had removed Mechele's name from his million-dollar life insurance policy. He wrote a letter to his family stating that, should he meet foul play, Mechele would likely be among those involved. But she wasn't charged with Kent's death. She married a doctor, moved to Olympia, Washington, and began a new life.
For years, Mechele's suburban friends never suspected a thing. She went to school meetings, hosted backyard barbeques, and was beloved by her neighbors. But authorities eventually found enough evidence to mount a case against her and an alleged accomplice. Did Mechele conspire to kill her ex-fiancé? Or is she the innocent victim as she claims? Seduced by Evil is the shocking true story about a love triangle that ended in mystery—and murder…