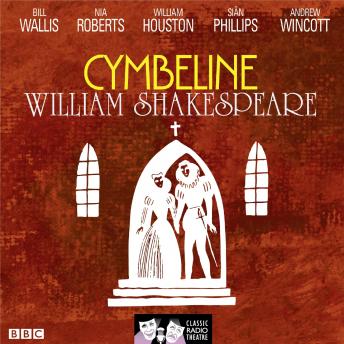 Download or Stream instantly more than 55,000 audiobooks.
Listen to "Shakespeare's Cymbeline" on your iOS and Android device.

A BBC Radio 3 full-cast dramatisation of Shakespeare’s classic ‘Cymbeline’, starring Bill Wallis. Originally broadcast in December 2006 as part of the ‘Drama on 3’ collection. Shakespeare's play, set during the Roman invasion of Britain, centres around the banishment of the man who has incurred the wrath of the king by secretly marrying his daughter. Confusion follows in an intricate plot in which nobody is quite who they seem to be. Featuring Bill Wallis as Cymbeline, Nia Roberts as Imogen, William Houston as Posthumus, Siân Phillips as the Queen and Andrew Wincott as Iachimo. Also stars Russell Gomer, Joseph Kloska, Gareth Armstrong, Christian Shaw, Meilyr Sion, John Labanowski, Richard Elfyn, Dorien Thomas and Manon Edwards. Directed by Alison Hindell.