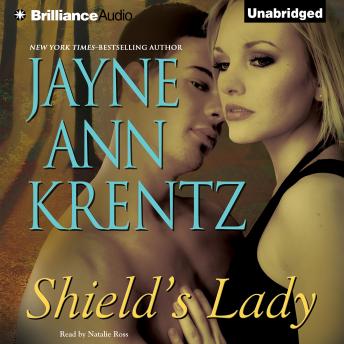 Download or Stream instantly more than 55,000 audiobooks.
Listen to "Shield's Lady" on your iOS and Android device.

Sariana was a cool, confident business-woman, an outcast from the East determined to regain her rightful status. Gryph was an intense mercenary respected and feared throughout the opulent cities and savage frontiers of the West. But from the moment they met, fate made them one. Was it their destiny to be bound to a powerful force that both captivated and frightened them? When Sariana and Gryph join forces in a dangerous quest to save their world, their love is tested to its limits - sweeping them into undreamed realms of shimmering, shattering ecstasy.

'Soar upon the wings of imagination with [the author] as she takes us on a fabulous romantic quest to a faraway time on a faraway world.' - Romantic Times