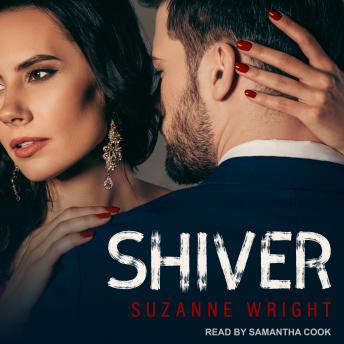 Download or Stream instantly more than 55,000 audiobooks.
Listen to "Shiver" on your iOS and Android device.

Kensey Lyons has never had 'normal.' Instead, she has a mother who lives in her head, a stepfather who's on death row, and the stigma that comes with being the child of an extramarital affair. Writing has always been her escape. Knowing the reception her books receive will be tainted by her personal life, Kensey secretly writes under a pen name when she's not working part-time at her godmother's bar.

When she meets Blake Mercier, the snap of attraction is instant. She doesn't like it. Doesn't want to be drawn to this man who is blatantly dangerous, carries dark secrets, and lives life by his own rules. Neither of them make a great first impression on the other, so she's more than surprised when he begins to pursue her with a single-minded focus that is infuriating. Her gut tells her to keep her distance, but Blake won't let her run. Won't give her space.

There's another person who won't give her space. Someone who has discovered the secret of her pen name and who seems intent on taunting her. And as Kensey struggles to identify her persecutor, Blake is by her side, determined to keep her safe . . . because Blake Mercier always holds tight to what's his. Always.