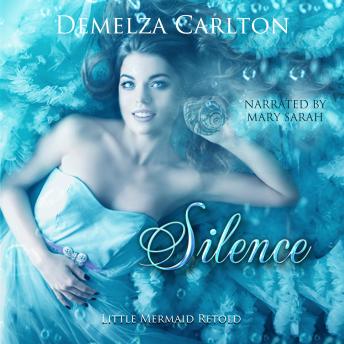 Download or Stream instantly more than 55,000 audiobooks.
Listen to "Silence: Little Mermaid Retold" on your iOS and Android device.

A little mermaid. A prince to save. Only silence can break the spell.

The mermaid Margareta saved Prince Erik from a shipwreck. Wanting to see the prince again, Margareta strikes a bargain with the Master of Beacon Isle. If she saves his sons from a terrible curse, he will reunite her with Prince Erik. All she has to do is stay silent until the curse is broken.

Silence is a virtue...until Prince Erik arrives early, searching for the mermaid who saved his life.

Each book is a standalone, so they can be read in any order:

Enchant: Beauty and the Beast Retold

Appease: Princess and the Pea Retold

Cobble: Elves and the Shoemaker Retold