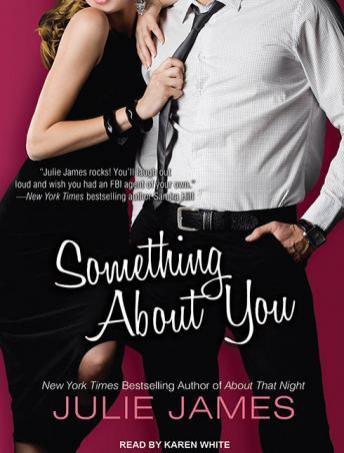 Download or Stream instantly more than 55,000 audiobooks.
Listen to "Something About You" on your iOS and Android device.

Staying overnight in a luxury hotel, Assistant U.S. Attorney Cameron Lynde overhears a high-profile murder involving a U.S. senator. Special Agent Jack Pallas is assigned to the investigation-the same Jack Pallas who still blames her for nearly ruining his career three years ago. Now the pair will have to put their rocky past behind them, focus on the case at hand-and smother the flame of their sizzling-hot sexual tension.