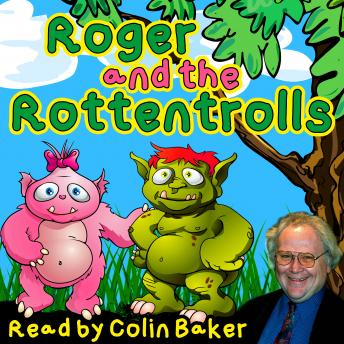 Spooky Stories - Roger and the Rottentrolls

Download or Stream instantly more than 55,000 audiobooks.
Listen to "Spooky Stories - Roger and the Rottentrolls" on your iOS and Android device.

Get ready to delve into the adventures of Roger Beckett in Troller's Ghyll. As well as ruling over the Rottentrolls - a group of strange knee-high creatures - Roger teaches them big life lessons, and, in return, learns a few lessons himself. Tim Firth's masterpiece is brought to live by the voice of the brilliant Colin Baker, who is best known for his role as the sixth incarnation of The Doctor in the long-running television series Doctor Who.