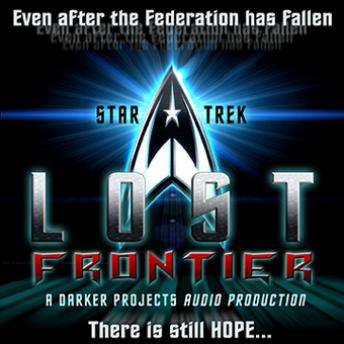 Download or Stream instantly more than 55,000 audiobooks.
Listen to "Star Trek: Lost Frontier" on your iOS and Android device.

It's the dawn of the 25th century ...
and everything has changed.

Star Trek: Lost Frontier is a look at a dark time in the future of Star Trek. It is the dawn of the 25th century and the galaxy is coming-out of a period of great war. The story of Lost Frontier focuses on the crew of the new Enterprise F as they go forth to unite the lost worlds of the Federation.