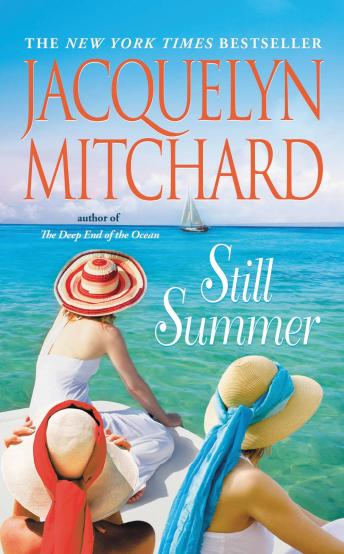 Download or Stream instantly more than 55,000 audiobooks.
Listen to "Still Summer" on your iOS and Android device.

Secure your life preserver. Tie yourself to the mast. It's late August, but it's still summer, and Jacquelyn Mitchard is taking you on a thrill ride you won't forget.

Mitchard made her mark in the literary world in 1996 when The Deep End of the Ocean was chosen as the first pick for Oprah Winfrey's now-legendary book club. Since then, she has written six other novels, but none matches the suspenseful pitch of Still Summer.

It's a tale of terror on the high seas, but this is no Pirates of the Caribbean wannabe.

Readers know something terrible is going to happen, but Mitchard ratchets up the suspense by allowing her story to unfold at a leisurely pace. She painstakingly fleshes out her characters, because as readers will discover, their temperaments and personalities are as crucial to the story as the mounting disasters.

Tracy Kyle, Holly Solvig and Olivia Montefalco, lifelong friends in their early 40s, charter a yacht and two-man crew for a sailing vacation that will take them from St. Thomas to Grenada.

The trip starts out as an innocent adventure in paradise until two accidents in quick succession strand the women without their crew. What else can go wrong? In a word, everything. The engine conks out, the sails are torn, lack of electricity spoils their food and limits their drinking water - and then there's the injury to Holly's leg.

Nature's fury, murderous drug dealers and, possibly most deadly of all, their own frailties and secrets are added to the list.

Readers will wring their hands with frustration, weep with sadness and second-guess the choices these women make. But since characters must do the bidding of the authors who create them, we can only sit back - or sit on the edge of our seats - and let Mitchard's terror-filled tale wash over us.