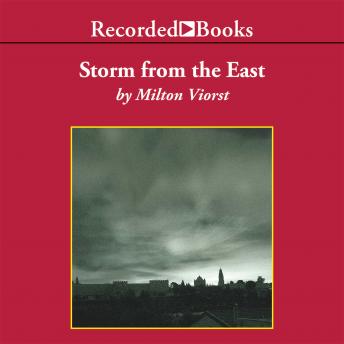 Storm from the East: The Struggle Between the Arab World and the Christian West

Download or Stream instantly more than 55,000 audiobooks.
Listen to "Storm from the East: The Struggle Between the Arab World and the Christian West" on your iOS and Android device.

In this enlightening work,The New Yorker's longtime Middle East correspondent, Milton Viorst contends that today's Arab-American conflict is the latest round in a 1,400-year clash between Islam and Christianity. As Islamic power weakened, Ottoman Turks eventually swallowed up the entire Arab world by 1600. When the Ottoman Empire collapsed after WWI, the controversial Sykes-Picot Treaty gave the French control of Syria and Lebanon and let the British rule Iraq, Jordan, Egypt, and Palestine. Angry and frustrated at not receiving their promised self-rule, disgruntled Arabs waged an almost constant guerrilla warfare against their European overlords. Suggesting that the United States is repeating the mistakes of the past, Viorst is critical of the George W. Bush administration's Iraq policy. Paul Hecht's excellent narration of this concise Modern Library Chronicles volume clarifies the frustrations and concerns of the Arab people and effectively highlights Viorst's solutions to today's Middle Eastern conflicts. 'This is an illuminating-and deeply disturbing-account of the ages-old conflict between Christian and Muslim civilizations . It is remarkable how Milton Viorst has managed to reduce a struggle so complex to such lucid prose.'-Daniel Schorr, NPR Radio