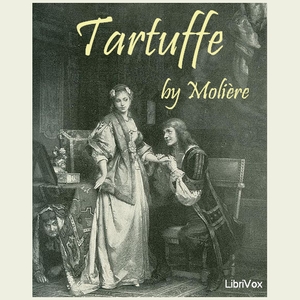 Download or Stream instantly more than 55,000 audiobooks.
Listen to "Tartuffe" on your iOS and Android device.

Jean-Baptiste Poquelin, known by his stage name Molière, was a French playwright and actor who is considered to be one of the greatest masters of comedy in Western literature. Among Molière's best-known works is Tartuffe or The Hypocrite, written in 1664. Though Tartuffe was received well by the public and even by Louis XIV, its popularity was lessened when the Archbishop of Paris issued an edict threatening excommunication for anyone who watched, performed in, or read the play.

Tartuffe, a pious fraud who pretends to speak with divine authority, has insinuated himself into the household of Orgon. When Orgon announces that his daughter Mariane is to marry Tartuffe instead of her fiance Valère, the rest of the family realizes the extent of Tartuffe's influence over Orgon. Tartuffe tries to seduce Orgon's wife Elmire, who traps him into revealing to Orgon his intentions toward her. Orgon throws Tartuffe out of the house, Tartuffe returns with an order of eviction for the family, and at the final moment the tables are turned and the play ends happily. (Summary by Wikipedia and Laurie Anne Walden)