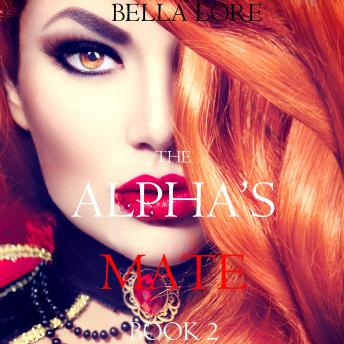 Download or Stream instantly more than 55,000 audiobooks.
Listen to "The Alpha’s Mate: Book 2: Digitally narrated using a synthesized voice" on your iOS and Android device.

This recording has been digitally produced by DeepZen Limited, using a synthesized version of an audiobook narrator’s voice under license. DeepZen uses Emotive Speech Technology to create digital narrations that offer a similar listening experience to human narration. As an Omega, 17-year-old Sarah is used to being at the bottom of the pecking order, even in her new pack and new high school. But her usually-boring life changes when she turns 18. She expects to shift—and nothing happens.

Now, as if being an Omega isn’t bad enough, Sarah is also human.

But Sarah, to her surprise, soon finds her mate: in the pack’s handsome and compassionate Alpha. And the lowly Omega finds herself rocketing to the top of her pack’s status as the new Luna.

Just as it seems that life is finally going her way, Sarah learns of a terrible betrayal that results in tragic death, exile, and upheaval of what should have been her storybook ending…

In Book 2, Sarah continues her journey, as she is put to the test with just how many life-shattering changes she can take. Will she live as an outcast? Or as the most respected member of her pack?