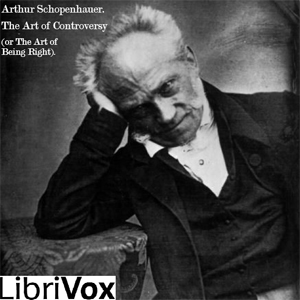 The Art of Controversy (or: The Art of Being Right)

Download or Stream instantly more than 55,000 audiobooks.
Listen to "The Art of Controversy (or: The Art of Being Right)" on your iOS and Android device.

The Art of Controversy (or The Art of Being Right) (Die Kunst, Recht zu Behalten) is a short treatise written in 1831 by the German philosopher Arthur Schopenhauer in which he presents thirty-eight methods of gaining an unfair advantage in a debate and thereby being right even if you are wrong. Schopenhauer champions the virtue of dialectical argument, in his view wrongly neglected by philosophers in favour of logic, and goes on to discuss the distinction between our conscious intellectual powers and our will. The text is a favourite of debaters including the philosophers AC Grayling and Mary Warnock, and the Mayor of London Boris Johnson. (Summary by Carl Manchester)