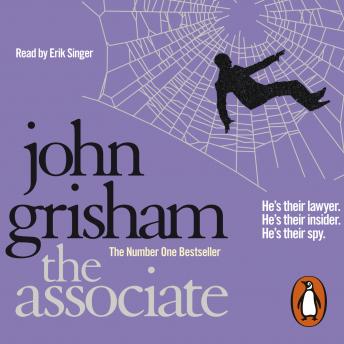 Download or Stream instantly more than 55,000 audiobooks.
Listen to "The Associate" on your iOS and Android device.

It's a deadly game of blackmail. And they're making him play.

Kyle McAvoy is one of the outstanding legal students of his generation: he's good-looking, has a brilliant mind, and a glittering future is ahead of him.

But he has a secret from his past, one that threatens to destroy his entire life.

One night that secret catches up with him in the form of a deeply compromising video, and a message: Do what we say. Or the whole world sees this video.

Their demand is unexpected: that Kyle take a job in New York as an associate at the largest law firm in the world. But Kyle won't be working for this company. He'll be a spy inside it, passing on the secrets of a trial that could be worth billions of dollars to the victor.

And as Kyle is drawn ever deeper into the criminal web, he wonders if he'll ever get out alive...